Mr. Colan realized that the passing of The Uniform Relocation and Real Properties Acquisition Policies Act of 1970 (the Uniform Act) would make right-of-way acquisition increasingly complex. This important legislation formed the core of services initially offered by ORC. Mr. Colan paved the way in establishing the outsourcing of right-of-way services to public agencies before the practice was widely accepted.

In addition to leading what is now one of America’s most respected right-of-way acquisition firms, Mr. Colan was known for his engaging training courses, which helped to establish him as an industry expert. Mr. Colan’s training tradition continues today through the ORC Training division, which we are proud to say has teamed with IRWA to create online training courses for our industry.

As our nation’s transportation and utility infrastructure continues to evolve, so does ORC’s vision. ORC has expanded its services to include electric transmission, oil and gas pipelines, fiber optic, as well as sewer and water infrastructure and we are excited to be part of the renewable energy forefront for wind and solar projects. Additionally, ORC has responded to the increasing need for flood mitigation and resiliency by creating a division dedicated to bringing timely relief to those impacted by or at risk of natural disasters.

In the 1970s, ORC was part of building the Interstate Highway System. Today ORC is helping to build the nation’s interstate transportation system for energy. 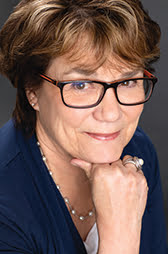 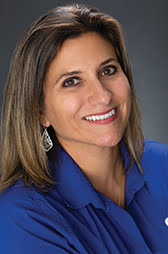 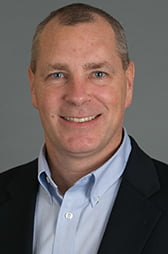 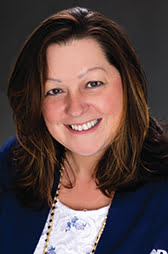 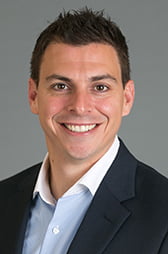 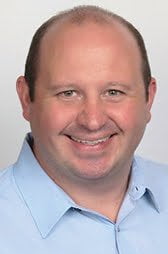 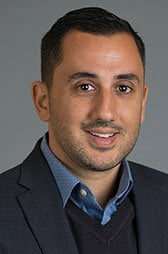 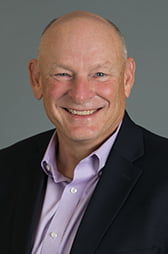 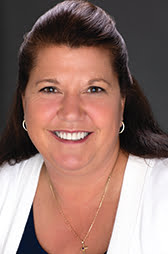 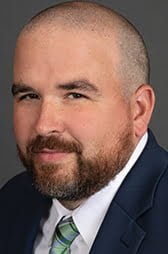 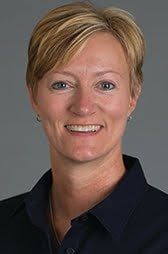 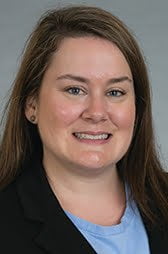 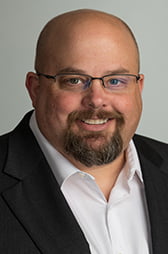 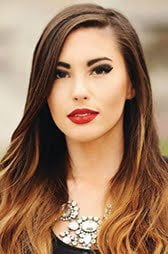 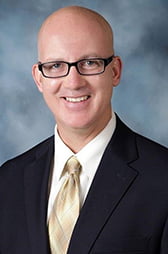 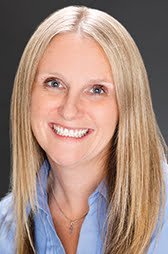 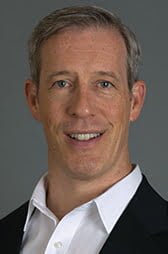 ORC is proud to be an integral part of building and reshaping our nation’s infrastructure. We believe that our contribution to our country and our communities inspires confidence in progress. 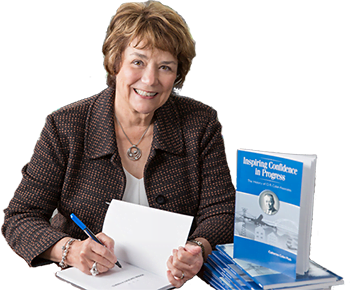 You can find a complete history of ORC in the 2016 edition of Inspiring Confidence in Progress – A History of O. R. Colan Associates by Catherine Colan Muth – Available here on Amazon

Catherine Colan Muth is the daughter of Owen Richard Colan, founder of O. R. Colan Associates. She started with ORC as an editor of the training courses her father wrote and later served as the company’s computer programmer. In 1991, she became the CEO of ORC and later, its affiliate, ORC Utility & Infrastructure Land Services. Cathy was a founding member of TEC Chapter 2004 (now Vistage), an International Group of CEOs; a member of IRWA (International Right of Way Association); and a member of the European Scan Tour in 2001. Cathy is a graduate of West Virginia University with a BS Degree in English and Political Science and later completed two years of undergraduate studies in computer science and accounting. In 2016, she published Inspiring Confidence in Progress: The History of O. R. Colan Associates.
Close

As a third-generation owner, Karen Ammar has played many roles at ORC since 1993 when she joined the family business after graduating from James Madison University with a bachelor’s degree in psychology. Having the opportunity to see the company from many different perspectives, she now brings this experience to her role as Chairman, working with other members of ORC’s Leadership Team to create strategy, solutions and new opportunities for the company. Karen believes that the ideal future for ORC is dependent on all employees thriving and being aligned with ORC’s values and purpose.

Steve Toth, a graduate of the University of Toledo with a bachelor’s degree in accounting and finance, has been with ORC for over 25 years. He started as an Agent, conducting acquisition and relocation assistance to property owners. He was promoted throughout the years to Senior Manager, where he managed multiple offices providing real estate services to public agencies and overseeing acquisitions. Steve became the COO in 2005 and the President in 2018 and now oversees all the company operations and leads the strategic planning, proposals, contracting, new development areas, business development strategies and client management. Steve is a member of the International Right of Way Association, Vistage, Association of State Floodplain Managers, American Society of Highway Engineers and American Council of Engineering Companies.

Carmen Johnson has been with ORC since 2004 and is the Chief Financial & Administrative Officer. She graduated from the University of Wyoming with a bachelor’s degree in business administration and she has two master’s degrees; one in accounting from Florida Atlantic University and another from Boise State University in business administration. She was working at Deltek Systems as an Associate Consultant when she was offered a position at ORC as an Accounting Manager. Now as the CFAO, Carmen is a member of ORC’s Leadership Team and oversees the Accounting, Human Resource, and Marketing teams.

Richard McNally, graduate of The College of Wooster, joined ORC in 2014, as the Vice President of Utility & Infrastructure Land Services. Prior to coming to ORC, Richie was the Supervisor of Transmission – Right of Way with American Electric Power. Now as the Executive VP of Utility & Infrastructure, he is a member of the ORC Leadership Team and manages the utility division. He supervises business development and oversees a team of managers who are responsible for acquiring property rights for public and private energy and gas companies as well as renewable projects.

Jordan Hohn, an alum of Seton Hill University, started with ORC in 2020 as the Executive Vice-President (EVP) for the Public Sector. Jordan is responsible for implementing complex strategies and overseeing ORC’s Public Sector Division on a national level, while working closely with Divisional Directors to facilitate market-level operational goals. He also oversees client relations and conducts business development. Jordan has worked in the right-of-way industry for over 11 years, is an active member of the International Right of Way Association (IRWA) and a certified Project Management Professional (PMP).

Daryl Knobbe has been with ORC for 35 years and is the Vice President of Project Controls. Daryl is a graduate of the University of Missouri-Columbia with a bachelor’s degree in journalism. He started with ORC as an agent in training and eventually became the Project Manager for land acquisition on the St. Louis-Lambert International Airport Expansion Program, which involved about 1,800 acquisitions and 2,000 relocations. Daryl then became Senior Manager and later the Southwest RVP, in which he supervises the senior managers and managers in the region as well as working on business development, proposals, financial performance and contracts.

Tracy Jones has been in the Right of Way field for over 18 years, and with ORC since 2009. Prior to that, Tracy was in the US Air Force for 4 years as a security police officer. As a Divisional Director, Tracy is a member of the ORC Leadership Team and oversees all divisions and managers within the six-state area. She is responsible for financial performance, business development, staff recruitment and proposal writing.

Kale Suedkamp, an alum of Kent State University, joined ORC in 2013 as a part of their junior agent program. Kale started his ORC career by conducting acquisition offers and providing relocation assistance to property owners on behalf of the state and local public agencies. After excelling in the junior agent program, he was promoted to Project Manager and was tasked with assisting in the creation of the Columbus, Ohio office. Today, Kale serves as Divisional Director for ORC Utility & Infrastructure Land Services and is responsible for overseeing operations in five states. As a part of this roll, Kale supervises and oversees a team of managers who are responsible for acquiring property rights for public and private energy and gas companies, as well as renewable projects. In addition, Kale is responsible for financial performance, business development, staff recruitment, planning, proposals, and client management in his territory. Kale is a member of the International Right of Way Association and Vistage.

Sunshine Vanover started with ORC in 2012 and immediately became a vital member of the SH99 Grand Parkway project management team. After a two-year hiatus, Sunshine returned to ORC in 2016 as Project Manager, and in 2020 was promoted to Divisional Director position. She oversees projects throughout Texas as well as client relations and business development. Sunshine holds the SR/WA designation from the International Right of Way Association (IRWA) and is a certified Project Management Professional (PMP).

Steve Chastain joined ORC in 2016 as Regional Vice President, and was instrumental in building ORC’s practice in the Southeastern and Mid-Atlantic states for both ORC and ORC U&I. He is a native Carolinian, and, in his four years with the company, he has proven to be a great cultural fit, particularly for this new directorial position. In this capacity, he will work closely with our established offices to oversee projects throughout the southeast while developing, maintaining, and enhancing client relationships and business development practices in our utilities sector market. In addition to 27 years of operational experience, Mr. Chastain holds the SR/WA designation and is a certified instructor for the International Right of Way Association (IRWA). He currently serves as Chapter President for the Carolinas Chapter 31 of the IRWA and recently received the IRWA Region 6 Professional of the Year Award. He is a graduate of Embry-Riddle Aeronautical University, an eight-year veteran of the Marine Corps, and a four-year National Guard reservist.

Ashley Tucker started with ORC in 2008, starting in Accounts Payable and later became a Project Accountant Manager. After a two-year hiatus, she returned to ORC in 2020 as the Accounting Director and is responsible for leading a team of Project Accountants to train and ensure procedures are being met, and partners with Project Managers to ensure they have the financial tools to meet project financials.

Kayshia Kruger started with ORC in 2019 as the first Director of Organization Development. She leads and supports the assessment, development and implementation of company-wide programs such as employee engagement, performance management, and organization-wide change management. Kayshia has a strong background in research, behavioral science, and psychology. Her background in psychology and business has helped companies objectively determine areas of challenge and growth. Along with understanding the human factor within teams and organizations, she deploys her understanding of topics such as motivation, engagement, employee well-being and leadership development to support growth and development initiatives for the organization.

Kim Bauman has been in Human Resources for over ten years and has been with ORC since 2016. She has a bachelor’s degree in education and a master’s degree in curriculum and instruction. As the HR Manager, she is responsible for employee relations concerns, compensation review compliance training, policy administration and talent acquisition.

Michael Sturm, Division Sales Manager for ORC U&I, joined ORC in 2017. Mr. Sturm has a B.S. in Ceramic Engineering and a M.S. in Materials Science & Engineering, from THE Ohio State University. In his current capacity, Michael assists all ORC U&I operations nationwide with business development activities, as ORC U&I strengthens and expands its right of way presence in the utilities industry. Mr. Sturm’s experience and in-depth understanding of the Utility, Pipeline, Telecom & Renewables industries has greatly enhanced ORC’s operational goals.

Christopher Castellano has managed ORC’s IT Department for over 15 years and is currently the Vice President of IT. He graduated from Nova Southeastern University with a MIS degree in information systems. He is responsible for all IT strategy, initiatives and decisions, supervising anything related to technology, such as support, network security and infrastructure as well as software development. Christopher also works directly as part of the system/network administration, GIS and programming teams.

Kent Bortz started with ORC in November of 2018, as the QA/QC Director. Kent is responsible for overseeing the quality assurance and control program to ensure quality system implementation, compliance, effectiveness and control. Kent comes to ORC from Maxam Terra Solutions as the Quality Director of the North American market. Kent graduated with a Bachelor of Science in Industrial Technology Management from Colorado States University and a master’s degree in Computer Information Technology from Regis University and is Six Sigma Certified. Kent also holds 3 US patents.

Kevin started with ORC in 2006 and is the Proposal and Market Research Manager, located in the Cleveland office. Kevin is responsible for managing the proposal and market research team. He is also responsible for the development and delivery of field supportive marketing communications pieces, as well as internal training presentations and courses about the proposal process, market research, and subcontracting. He is a two-time graduate of Cleveland State University, earning both a BA in English and an MBA in Marketing.